Bradfield Brewery have been proud Shirt Sponsors of Liam since he joined Sheffield Steelers, after recognising his potential whilst watching him play during his time with Sheffield Steeldogs. 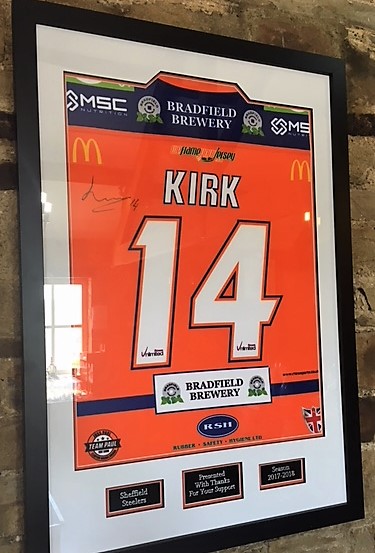 The news of Liam’s drafting to the Coyotes came as no great surprise to us as sponsors, his talent in the game stood out to us from day one and we always enjoyed watching him demonstrate his great skills throughout every game!

We could not be any more proud of what Liam has achieved for his clubs, this city and his country – he has made history for Ice Hockey.

Now Kirk begins the long road to possibly becoming the first player born and trained in the United Kingdom to play an NHL game.